Today, March 8, on the occasion of Women's Rights Day, I want to tell you about an organization, little known to the general public, but which nevertheless has more than 80,000 members in 132 countries. : the SOROPTIMIST INTERNATIONAL.

Soroptimist International is an NGO, which brings together women who have a professional activity. Through their skills, they aim to improve the living conditions of women, girls and children by promoting their empowerment through education. Concerned by the cause of women, the defense of human rights for all and the future of future generations, the Soroptimists lead actions in the fields of education, the fight against violence, the environment and health .

A little history : the Soroptimist in France and in Europe was founded by Suzanne Noël, surgeon, pioneer of reconstructive and aesthetic surgery in France. At the start of her career, in her office, she performed light surgery ; having established her notoriety, she began practicing in clinics, she went on to train students in many countries and gives lectures all over the world, she wrote numerous articles and published a book : "the cosmetic surgery, its social role "in 1926. In 1928, she received the Legion of Honor for her contribution to the notoriety of France on the international scene.

Suzanne Noël found it normal to make everyone pay according to their possibilities and knew how to operate for free on people with great social difficulties because she considered "that there is no deformity that does not deserve attention". She took care of many "broken mouths" of the 1st world war. During the second, during the occupation, she changed the faces of resistance fighters and wanted Jews. After the war, she also seeked to erase the stigmata of the survivors of the concentration camps.

In 1924, Suzanne Noël founded in Paris the 1st Soroptimist club in France. The club had 56 members, including Anne de Noailles, Jeanne Lanvin ... and many others. Clubs in France are multiplying. Ambassador of the Soroptimist and the cause of women, Suzanne Noël established the movement in Europe and around the world. Since its inception, the movement has designed and funded thousands of projects, at all levels of society. In 2013 and 2014, the European Federation helped 800,000 women and raised 25 million euros.

A few days ago, Sweet Alpaga had the honor and the pleasure of participating in the Talents de Femmes fair, organized by the Soroptimist Mont Blanc Club. This fair for female creation, a must-see for lovers of art and creation, took place over 3 days, on March 4, 5 and 6, 2016, at the Palais des Sports in Megève. All the profits from this show will be allocated to projects and actions for the education and empowerment of women and girls supported by the Soroptimist Mont Blanc club.

A great adventure and great encounters with the artists and all these exceptional women from the Soroptimist Mont Blanc club ! 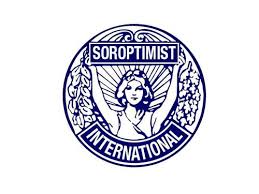 By continuing your visit, you accept the use of cookies to ensure optimal use of our website, as well as to enable us to compile visit statistics – Terms and conditions of use.